DCI Article on The Learning Council

Despite their proven benefits, arts offerings in primary and secondary schools across the country are trending downward. Studies conducted by the Arts Education Partnership (AEP) and others that show a strong connection between arts learning and student achievement and success. In addition, a 2016 poll shows that almost 90 percent of Americans believe the arts are part of a well-rounded education for students in grades K-12.

This school year Neal Schwieterman is directing programs for Arts for All (A4A), a pilot after-school program designed to create more arts education opportunities for elementary-aged children. A4A is a collaboration of The Learning Council, the Blue Sage Center for the Arts and the Mountain Harvest Creative and grew out of a meeting last fall between the three entities on how to offer more arts opportunities in the community.

In the first semester K-6 grade students in Paonia Elementary were offered a stringed instruments class and a movement class. More than 30 students participated in the program. “We consider that a success,” said Schwieterman. 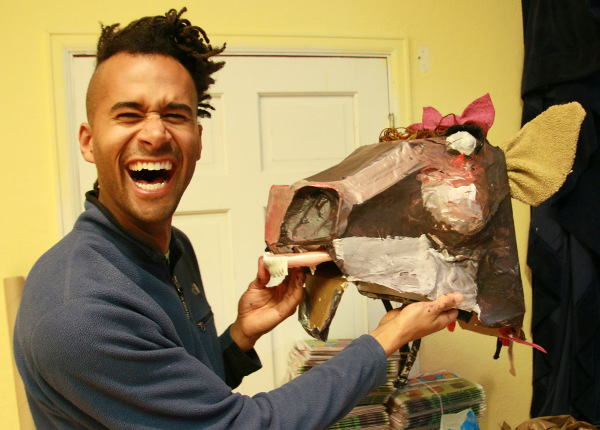 Photo by Tamie Meck. Paul Kimpling holds up a donkey mask he made at a puppet-making workshop sponsored by The Learning Council. Kimpling is one of several instructors with Arts for All.

This semester students studied visual arts with Paul Kimpling and Stuart Kramer, and learned circus arts with Tanya Black. Lessons included tumbling, juggling, poi, creative movement and improvisation. Students were encouraged to create a circus performer persona, and make a mask and costume to fit their persona. Their accomplishments will be featured this Sunday at 4 p.m., at an end-of-session exhibit at Paonia Elementary School. The event is open to all.

In 2007 TLC moved to Paonia and became The Learning Council. By then, said Michelsen, more public alternative programs were becoming available in Delta County. TLC provided block programs at Vision, where Michelson was an educator, and the North Fork Montessori School in Hotchkiss.

Several of TLC’s board members were involved in alternative education, said Michelsen. In 2013-2015, TLC was the fiscal sponsor for the Blossom Valley Co-Op school, a former private school offering Waldorf-inspired education for grades K-8, with tuition based on a sliding scale.

In 2010 TLC funded a project with Solar Energy International to create solar suitcases for a hospital in Haiti after the 2010 earthquake. Students doing a block on crocheting sent handmade blankets to the hospital.

Today, TLC strives to provide opportunities for all ages. They provide funding and support for the North Fork School of Integrated Studies, the Farm and Food Alliance, Paonia Kayak Club, and the PPPC Bike Co-op, a volunteer-based nonprofit empowering people to fix and maintain their own bicycles. They also fund classes and workshops throughout the North Fork area. For the second year they will host the Visionary Summit in September. 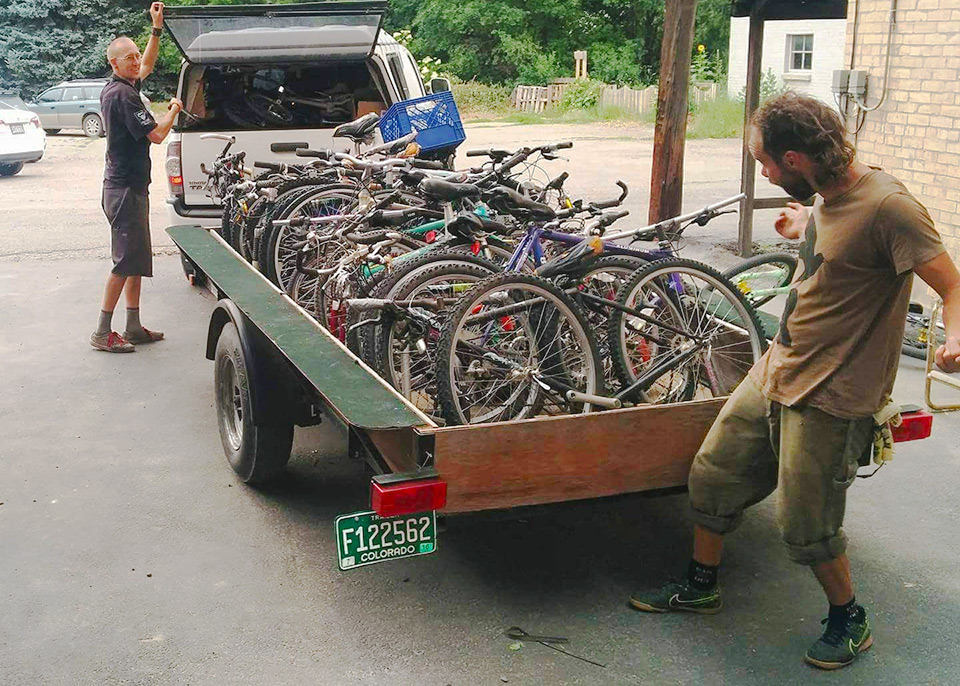 Their main focus is to bring music, art and culture into the school system, said Michelsen. With schools experiencing tight budgets, TLC’s board of directors knows how difficult it is to make ends meet. When funding dwindles, the arts and music are the first things to get cut. “That’s a place where we really love to give support,” so students can be exposed to things they might not otherwise be exposed to.

About six years ago TLC’s board adopted the “Gift Model.” Inspired by spiritual economist Charles Eisenstein, the model posits that everyone has gifts to give. Through funding and partnering with educators TLC can share the arts and music in schools, or offer classes like gardening and drawing to the general public as a gift to the community. Those wanting to participate can do so, regardless of financial barriers.

TLC hires professional educators and pays a fair wage for their services. Classes are a gift, and monetary donations are greatly appreciated. “But we get that that’s not always the most abundant resource someone has. There’s so many ways to return that gift,” said Michelsen. They can bring food to the class, help clean up, or take what they learn and share it with others in the community.

The gift can also be returned in the form of arts show like this Sunday’s exhibit at PES, a parade, or a concert. Sometimes the gift is returned in ways they never see, said Michelson. “It’s just that seed that we’re planting, that we have gifts to share and so do you, and let’s keep that cycle flowing.”

A goal of TLC is to offer programs each year to schools in each of the North Fork area’s three communities, said Michelsen. This summer the A4A program will offer a third semester of classes at the Blue Sage. While details are pending, classes include stringed instruments, circus arts, and a chorale class. The program is open to all children ages 6-12.

The Embodying Rhythm Parade and Marching Band is an excellent example of an umbrella organizations whose work compliments TLC’s mission, said Michelsen. Taught by Jeannette Carey and David Alderdice, the parade band puts students in the same classroom with professional musicians like trombonist Dave Noe and longtime local music teacher Jan Tuin. The program inspires adults in the community who may not have picked up an instrument since high school to join in and play again, said Michelson. People of all ages and backgrounds work together to learn and grow, which, for TLC, “is a marker for the success of a program.”

← After School Percussion Ensemble Art for All - Circus Arts Performance → 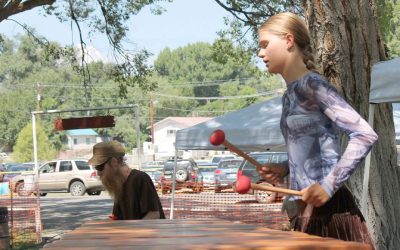 Arts for All Receives Marimbas Grant

Arts for All received a $10,000 Marimbas Grant. The Take Note Colorado grant provided the needed funding for the new instruments. 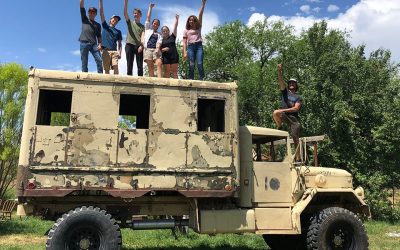 Seth Weber’s “Mural Militia” has possession of a retired military truck that will be transformed into 3-D mobile mural. 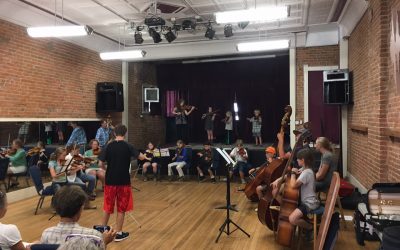 Arts for All Performances

View the Arts for All performances at the Blue Sage and Paradise Theatre.